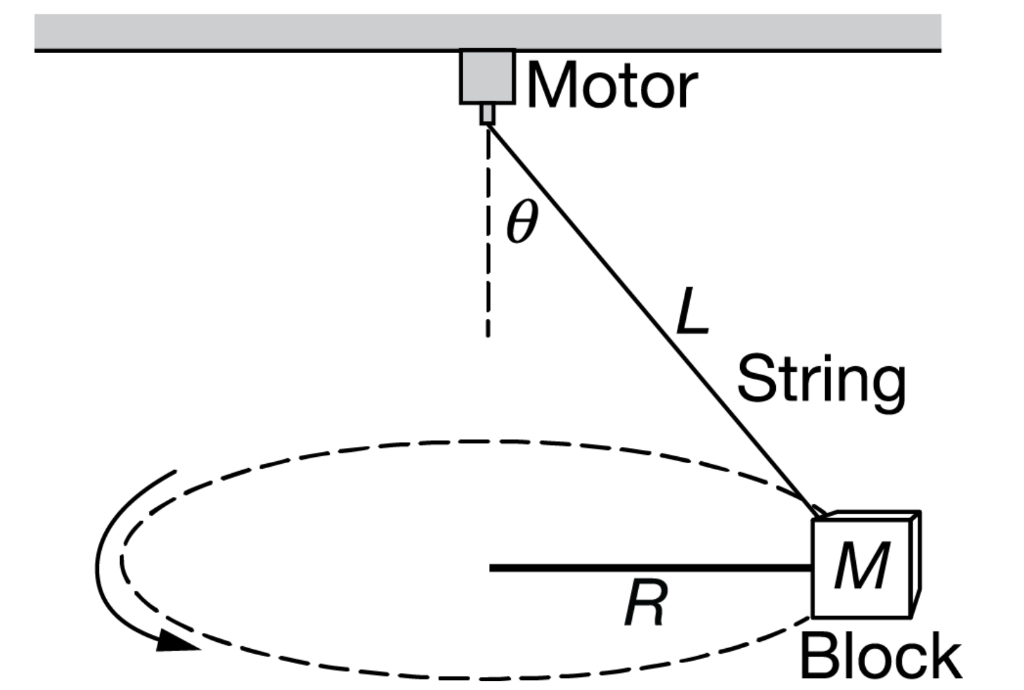 In the apparatus shown above, one end of a string of length L is attached to a block of mass M and the other end is connected to the axle of a motor that rotates, causing the block to move in a circle of radius R at a constant speed vT such that the string makes an angle θ with the vertical. A student wants to use the apparatus to make measurements and create a graph that can be used to estimate the acceleration g due to gravity at the surface of Earth. The student can adjust the motor to achieve different tangential speeds of the block.

(b) Using the experimental apparatus shown above and the available equipment, design an experimental procedure the student could use to estimate the acceleration g due to gravity at the surface of Earth.

ii. Describe an experimental procedure to estimate the acceleration g due to gravity at the surface of Earth using the apparatus. Give enough detail so that another student could replicate the experiment. As needed, include a diagram of the experimental setup. Assume equipment usually found in a school physics laboratory is available.

(c) The student wants to analyze data collected from the experiment by creating a linear graph that can be used to estimate the acceleration g due to gravity at the surface of Earth.

ii. Indicate which feature of the graph could be used to determine g.